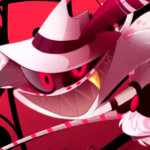 Do NOT edit this profile without my permission.

Not revealed to the public

A mix between Vaporwave and Sonic-style music.

Velociraptor. It's speedy and small.

Gardevoir. I don't know why. Maybe I have a natural reflex to protect it from the internet.

The mod this Wiki is based on.

I'm shy and I like underrated stuff. I rarely curse, but I can. (Unless it's a Meme or something, then I curse.)

Retrieved from "https://fossils-archeology.fandom.com/wiki/User:CaneTheVelociraptor?oldid=110536"
Community content is available under CC-BY-SA unless otherwise noted.