Plesiosaurus ('pleh-see-oh-sawr-us', meaning "Near To Lizard") is a small to medium-sized aquatic prehistoric creature from the Jurassic Period that was included in the original Fossils & Archeology mod. They are cathermal, meaning active throughout the day and night, and are the largest purely aquatic piscivores, meaning they only eat fish, at approximately 3.5 blocks long and 0.4 blocks tall. There is no size difference between male and female, but males have a distinct texture difference being much brighter colored. Newborns are 2 blocks long, and are fully grown in 7 minecraft days. They can be given essense of chicken to grow faster, at the cost of hunger.

Plesiosaurus, like almost all other mobs, has a mood that can drop or be raised through various means. Having a low mood means it may attack or avoid you, having a high mood will make it neutral. Mood does not effect the Plesiosaurus' behavior. Right-click it with a DinoPedia to see what its mood is at.

A fossil version of the Plesiosaurus can be created by right-clicking a bio-fossil on the ground, which will create a random skeleton of a prehistoric creature with a small chance of it being a Plesiosaurus.

Like almost all other mobs in the mod, they do not spawn naturally in the world and must be created by the player through the culture vat. As they are aquatic reptiles, they hatch from egg sacs that need to be placed in water.

Plesiosaurus are calm neutral mobs that will wander the ocean looking for fish or spawn to eat. Despite being small, they are able to quite viciously attack prey, or other marine predators, and if in a group, will defend each other. They can be quite fast while in water, but they require at least 2 blocks of water to swim properly, and they may become stuck on nearby lilypads if the Plesiosaurus float to the surface. They will not suffocate when put on land, but they cannot move when out of water either. They are pure piscovores, meaning they will not hunt terrestrial animals, instead hunting several small fish as adults, and they vulnerable to the aquatic apex predators. As babies, they are vulnerable to a wider array of predators such as the sea scorpion Megalograptus.

Plesiosaurus will interact with the bubble blower, and will chase toy balls, bringing up their mood significantly. They cannot however interact with scratching posts or tethered logs.

Adult Plesiosaurs can breed and lay egg sacs every five minutes if there is a male and female present. The breeding probability is handled by how many individuals are nearby.

Plesiosaurus is automatically tamed when hatched from an egg sac, as the player is always within 6 blocks of the sac hatching. If the Plesiosaurus is somehow not tamed at birth, it can be tamed with a whip. A tamed Plesiosaurus can be ordered by an empty shell. They are not rideable after being tamed, as they are too small to carry a players weight.

Plesiosaurus is a piscivore that will hunt the aforementioned mobs, but they can also be fed by underwater feeders, hand-feeding with right click, or dropping food near them. Plesiosaurus will eat all vanilla fish, all mod fish (alive and cooked, in item form only), fish spawn, and Sio-Chiu-Le.

Plesiosaurus being killed by a sarcosuchus

a plesiosaurus about to be killed by a liopleurodon

a mosasaur about to eat a plesiosaurus

a plesiosaur hunting some nautilus

a plesiosaur hunting an ichtyosaurus

a plesiosaur being stalked by a mosasaur

a plesiosaurus taking a breath of air

a plesiosaurus hunting a shoal of migrating baby sturgeon

a plesiosaur after going to the shallows to breed

A pod of Plesiosaurus shelters in the shallows from a Liopleurodon.

a plesiosarus rests in a small cove

A young plesiosaurus in a shallow pool 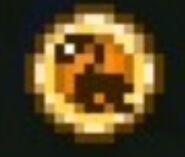 hunter plesiosaurus
Add a photo to this gallery
Retrieved from "https://fossils-archeology.fandom.com/wiki/Plesiosaurus?oldid=115728"
Community content is available under CC-BY-SA unless otherwise noted.