Crassigyrinus ('crass-i-ji-rin-us', meaning "Thick Tadpole") is a small piscivorous prehistoric creature that lived during the early Carboniferous period in what is now Scotland, which was added in the 8.0.2 version. Crassigyrinus are nocturnal, which means they are active during the night and will sleep during the day. Babies measure 0.5 blocks long, while adults measure 1.8 blocks long.

A fossil version of the Crassigyrinus can be created by right-clicking a bio-fossil on the ground, which will create a random skeleton of a prehistoric creature with a small chance of it being a Crassigyrinus.

Crassigyrinus are fast-moving territorial amphibians that live in water. Although they are intended to be fully aquatic, they can survive on land, albeit they cannot move. Crassigyrinus usually only attack you if provoked, but they will attack many other creatures on sight. They eat exclusively fish and other amphibians. They are predated by nearly every other, aquatic animal with the exception of the passive fish, Henodus and Plesiosaurus.

Crassigyrinus will interact with the bubble blower, and will chase toy balls, bringing up their mood significantly. They cannot however interact with scratching posts or tethered logs.

Adult Crassigyrinus can breed and lay eggs every five minutes if there is a male and female present. The breeding probability is handled by how many individuals are nearby.

Crassigyrinus will automatically be tamed when hatched from spawn, as long as you are within 6 blocks of it hatching. If you fail to do this, they can be tamed from feeding (which raises their mood), or with a whip, although this will lower their mood. Tamed Crassigyrinus can be ordered with a Nautilus Shell.

Crassigyrinus is a piscivore, meaning it will only eat fish. Fish is the only thing the player can hand-feed to a Crassigyrinus. When eating from a feeder, though, they will not be able to distinguish meat from fish, and will eat it. 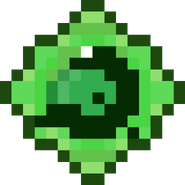 A group of Crassigyrinus in a pond

Crassigyrinus playing with a bubble blower

A Crassigyrinus attacking some fish

Baby Crassigyrinus where it doesn't belong
Add a photo to this gallery
Retrieved from "https://fossils-archeology.fandom.com/wiki/Crassigyrinus?oldid=114848"
Community content is available under CC-BY-SA unless otherwise noted.