What's on your mind?

I originally 2 Megaloceros and now there are 5. each time I load into the world a new one appears out of no where and they are always the same age which is 11 days. anyone know this is happening?

Update: there are now 7 of them

This is a very nice mods we played, we hope we will see what next in this mods (sorry for my english skill)

I got a question

What happen if we dont feed our dinos ? i know that they will starve, but next ? they will dispawn ? 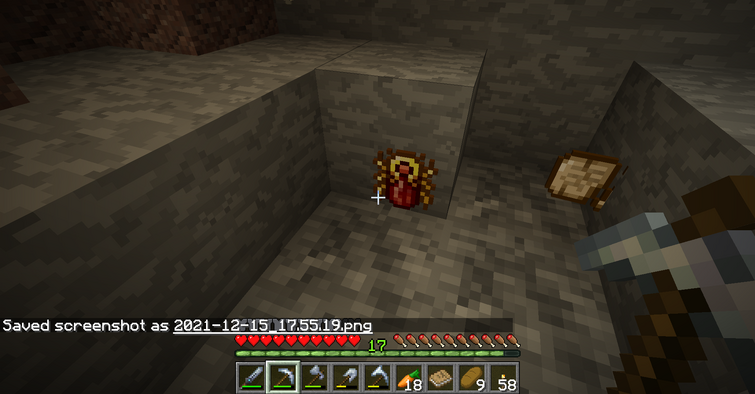 Recently I’ve noticed in the new version I was trying to hatch my Spinosaurus and it came out repeatedly jumping. Cause of this it started to take damage instantly for some reason too and cause of this I did some testing. I found that spawning it in creative through an egg, hatching it, commands, and leaving and rejoining didn’t fix it. I tried using other areas flat, hilled, carpeting, slabbed, etc and none worked in fixing it. They kept taking damage in water too and I was wondering if it is just me experiencing this bug or someone else has too. If anyone has info it would be greatly appreciated. 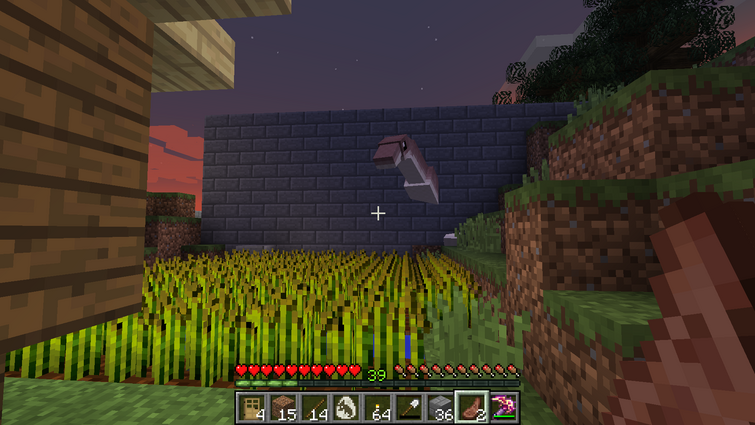 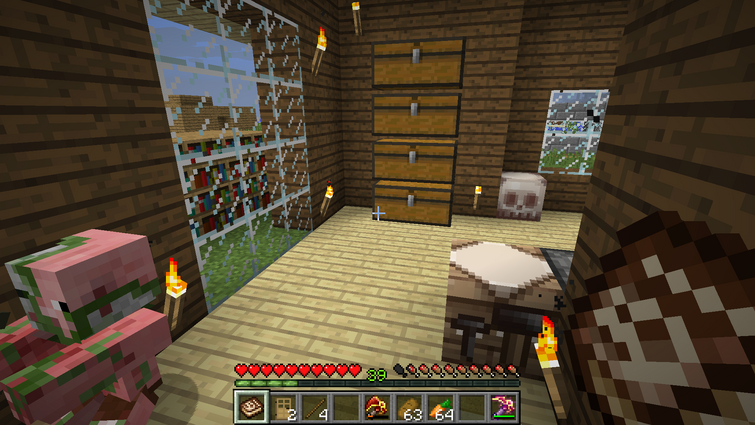 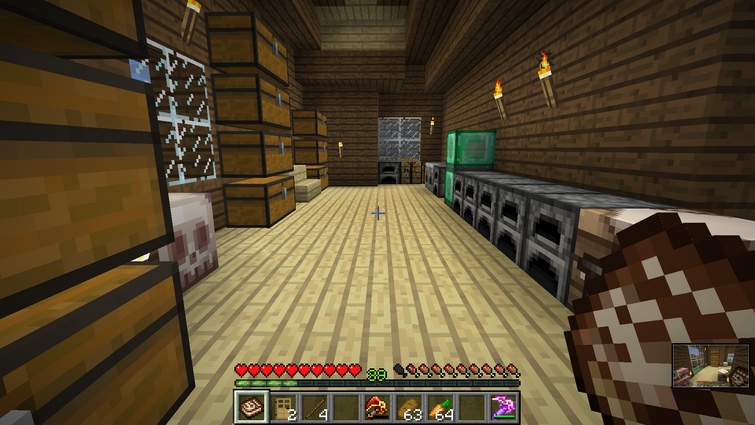 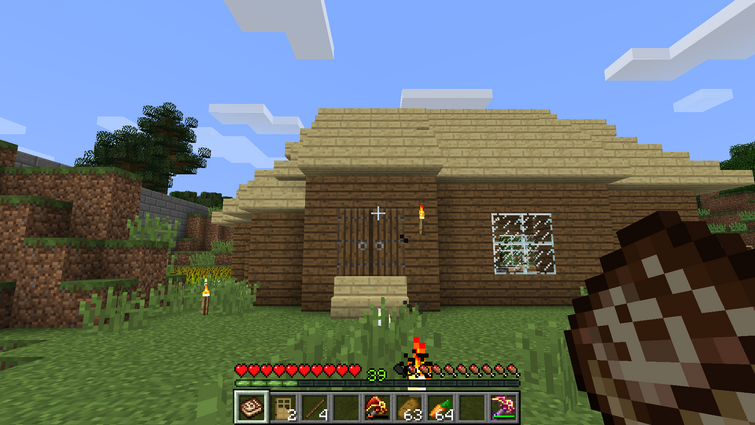 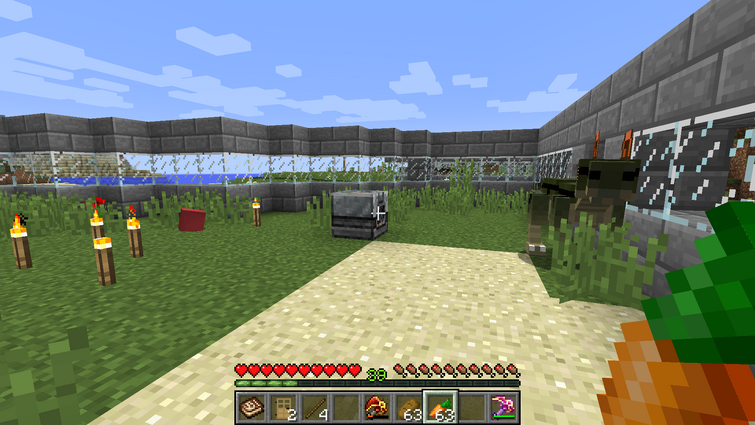 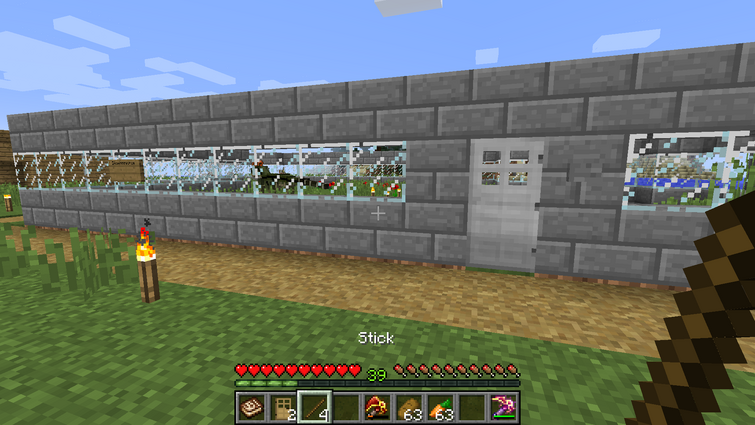 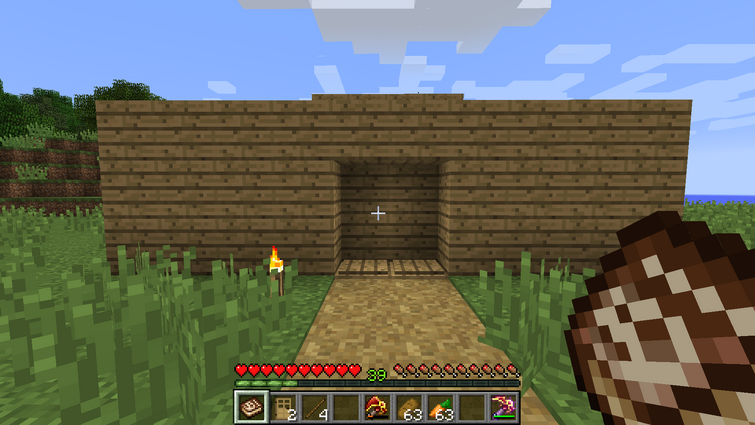 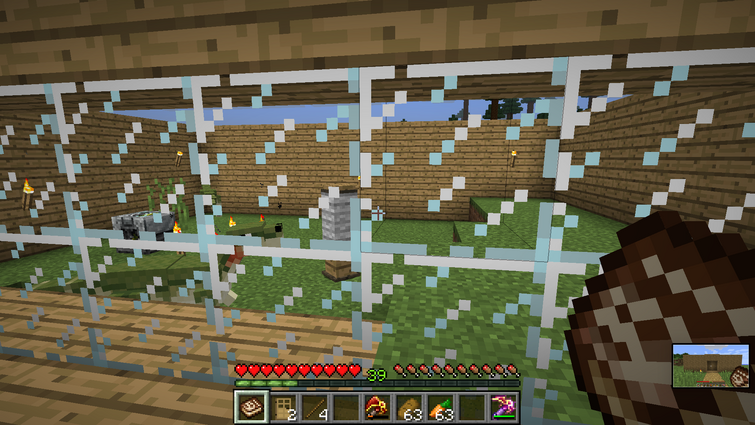 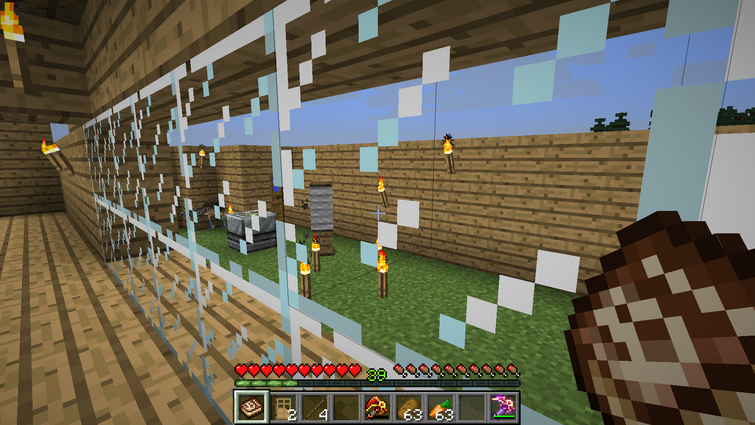 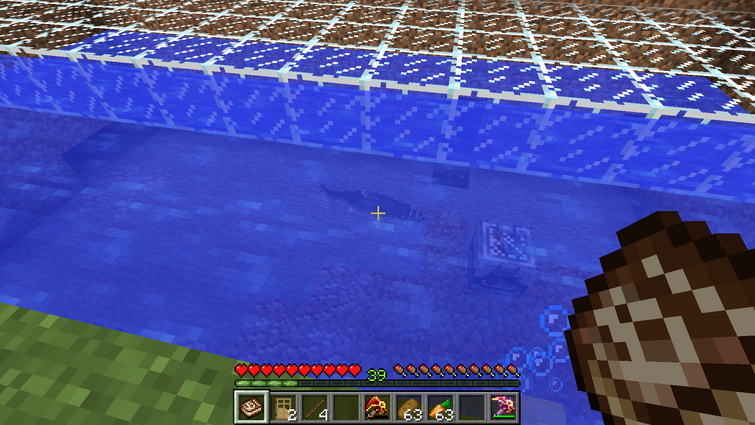 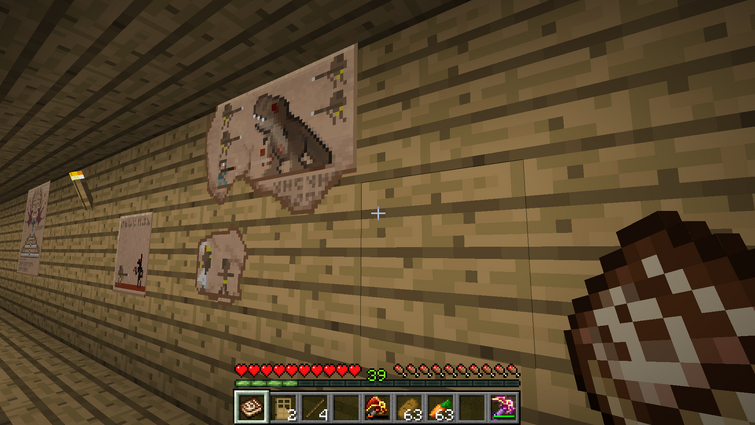 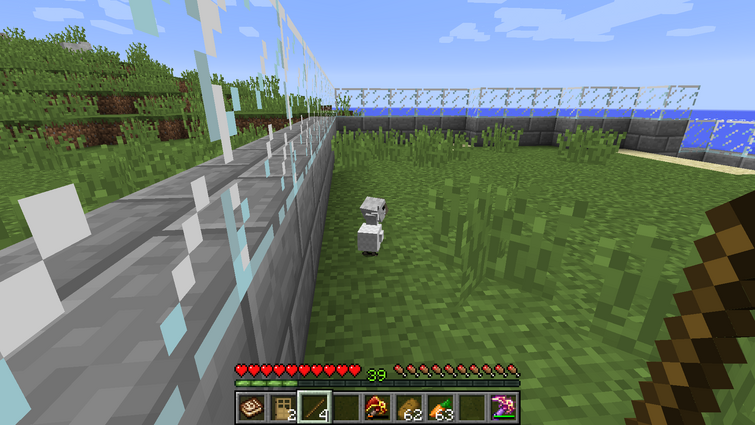 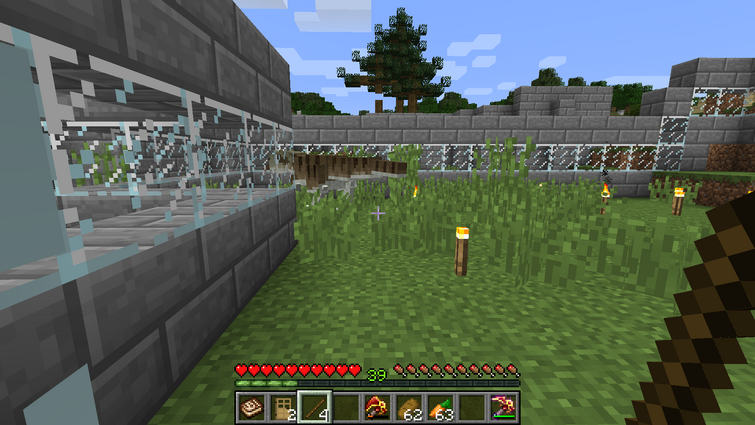 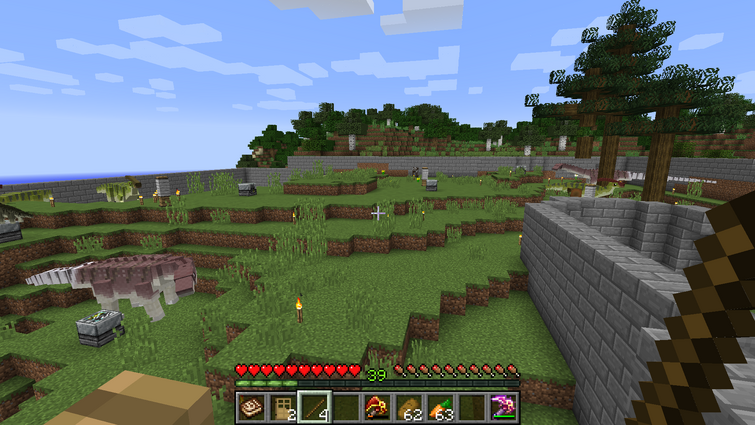 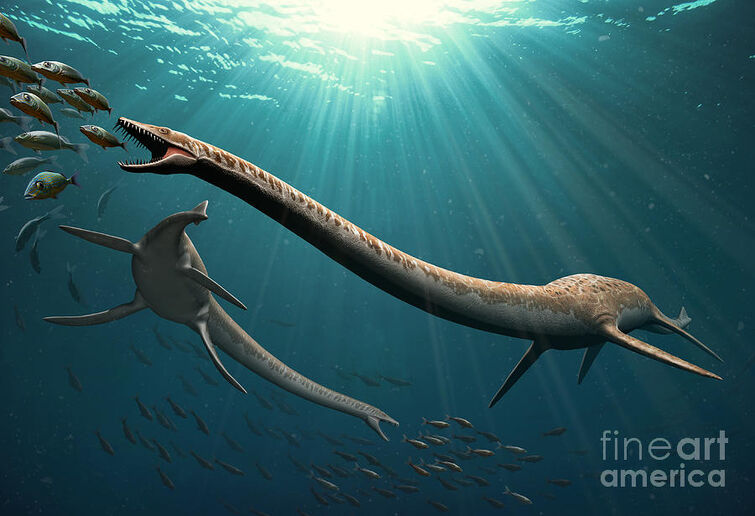 (edited by Spiderman on Bike)

Does anyone know where to go to get a working faithful texture pack addon for fossils and archeology on it's latest 1.12.2 version?

I've been scrolling through the comments of this wiki for a good while now, and while I've tried to reply to as many of you as I can, it's a lost cause if I think I could reply to all of you. I've had the privilege of talking to many of the developers of this mod over discord, so my answers aren't really that negotiable.

So, here are some answers to some of the questions I see pop up here all the time:

"When will this mod/can this mod be played in Bedrock Edition?"

F/A was coded in Java Edition, and there's no easy way to just switch a mod over to Bedrock without redoing the entire thing. This is simply not happening, sorry.

"When is the next update to the mod coming?"

The mods aren't looking for suggestions. Upcoming Content is practically overflowing with new creatures, and the moderators generally don't add things because "they look cute/badass" or "they'd be really overpowered", especially because it's mobs like those that would either add little practical use to the mod or be too strong/superior to other mobs that they may break the purpose of the game in some way.

There are 4 types of creatures as far as how you can tame them:

All of these taming methods are already covered in the wiki on the respective creature's wiki page.

"How do I raise mood/hunger?"

Check the mob's wiki page to see what toys it interacts with, and place those in the mob's immediate environment. I suggest JEI for crafting recipes.

Hunger can be raised most sustainably by hand-feeding or using a feeder. Feeders must have all sides other than the bottom exposed to air/water for optimal feeding. Pteranodon is the only mob that cannot eat from a feeder (or at least in my experience) so they will have to be hand-fed their respective foods. Right-click a creature with a Dinopedia to see what they eat.

"Where are the Jurassic Park/Jurassic World-related items, mobs and blocks?"

Fossils and Archeology is completely separate from the Jurassic Park or Jurassic World franchises. If you're looking for a JP experience rather than the paleontological accuracy provided by F/A, I suggest you check out the Jurassic World Reborn mod.

"What mods do you recommend for an F/A modpack?"

Personally, I've always loved F/A for combining and restoring my two favorite things in Minecraft, mining and building. For an easier mining experience, I'd suggest the Inventory Pets and Tinker's Construct mods, and mods like Chisel, Biomes O' Plenty, Prehistoric Flora, and Dynamic Trees all allow for some really in-depth and beautiful creations with minimal effort.

"I'm having a bug/glitch"

Sadly, F/A is not without its bugs. Most of the bad ones have been patched by now, so make sure you're playing on the most recent version of the mod, but sometimes all you can do is reload your game, restart your computer, or whatever else works.

OMG I DIDNT EXCPECT THAT

This is idea is 1.17+ so I don't think it will be happening anytime soon.

The idea is for tar over dripstone will cause it to slowly fill a cauldron below it similar to lava and water.

This helps keep consistency with other liquids in Minecraft and helps provide extra utility and infinite but slowly refilling tar.

To help balance this out tar should fill significantly more slowly than lava about 25% of the speed. This makes it slower but safer than tar slime farms for gathering tar drops.

Tar slimes also don't spawn while tar is in the cauldron although it is difficult to leave if the player enters the cauldron.

Why make a helmet

This idea is that when wool is put into an analyzer it has a chance to give you the dye of the wool. It would be a nice way to farm dye.

Hi, as we all know, insects in Minecraft tend to be much bigger than their real life counterparts, as also demonstrated in Alex's mobs mod. My request is that, for fun, let's make arthropods from this mod bigger, since despite being the biggest insects in their period, they fall in comparision in the world Minecraft.

Ive tried to tame it multiple times. i was within 2 blocks when it was born but it wasn't tamed, i tried to hand feed it, and i tried to whip it. nothing is happening. it's a newborn, though- is this the problem?